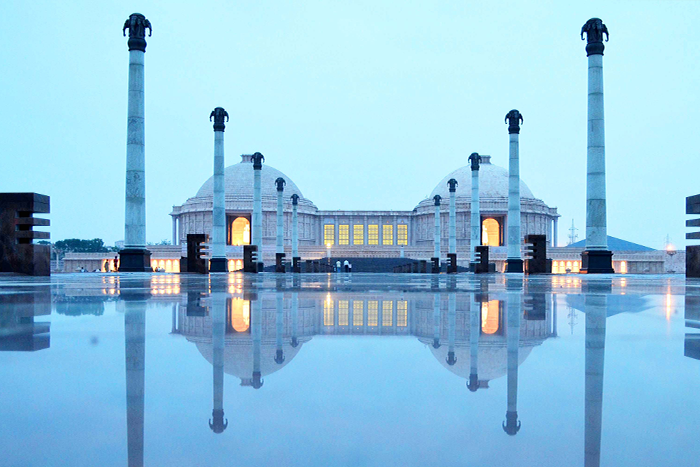 One of the major cultural hubs of the country, Lucknow is affectionately known as the Golden City of the East and The Constantinople of India. A perfect amalgamation of Indian aesthetics and colonial charisma, Lucknow has maintained an old world charm that leaves an everlasting impression on its visitors.

The city has established a unique reputation for its tehzeeb (manners), artistry, beautiful gardens, grand architecture, and fine cuisine. Lucknow is considered a gastronome’s delight, especially for non-vegetarian fare for its succulent kebabs and fragrant biryanis. For those with a passion for the outdoors, the city also boasts Janeshwar Mishra Park, the largest park in Asia as well as India’s longest cycling and jogging track. For all its charms however, Lucknow may be most famous for it’s courteous culture where the respectful language mostly forgotten in the outside world remains a part of everyday life.

Heritage Lucknow can be found just off Kapoorthala Chauraha, a district well known for both business and education. The area is well connected to greater Lucknow and features amazing street food, cafes, a cinema, shops and restaurants all within walking distance.
Enroll At Heritage Lucknow